I don’t think you should ever blame someone else for your own failures… except when talking about this subject. If you have unmotivated, talentless, selfish bandmates. It is their fault you are not getting to where you want to go. Although the argument could be made it is your fault for playing with this group

Cracking the industry is really, really, really (I cannot stress this enough) REALLY hard! But it doesn’t have to have that many “really’s” – we can make it easier by surrounding ourselves with people who are motivated, talented and have asolid vision of what they want. It takes time to find these people. It’s worth the wait.

I’ve played in enough groups who knew they were hot shit. But here’s the thing, we were not hot, we were cold shit. Our front man was arrogant, a one-note chump (one of the worst things you can be) who burned through most of our contacts with his pride. Our drummer was crazy and not the fun kind of crazy. Our bassist missed almost every practice, our rhythm guitarist practically lived in another state. Do yourself a favor, learn from us! Be honest with yourself about the guys you play with, if it looks anything like this, quit this group right NOW!

Even if you’re a solo artist, you need others to help you get to where you want to go. Burning out creatively is a real thing, and it happens all the time. If you’re trying to solely pull your band through a tough unmotivated time, you might last a couple weeks. Hell, maybe even a good couple months (good god, you’d be a deity to last that long) but you will end up hating music for a while and you’ll remember this time with blue flame rage.

These folks you swore had your back will go to whatever job they had as a backup, and you will be right where you were a few months ago. Sure, maybe with a few new songs and if you’re lucky, some places to contact. That is if you didn’t turn them off with your old wishy-washy band and if those members don’t threaten to sue you for using the songs they “helped” collaborate on. 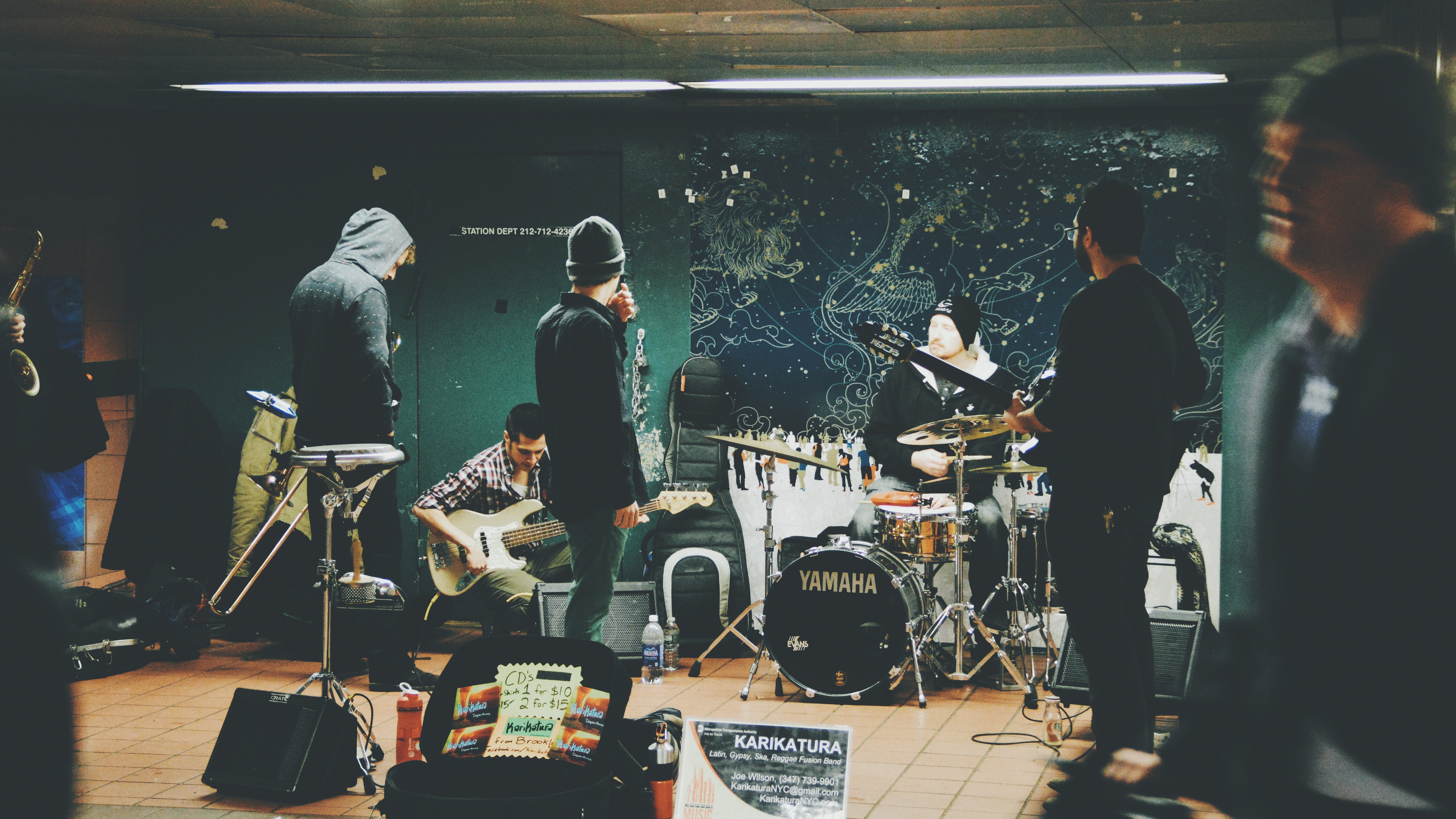 Apparently, I’ve had some bad experiences.

You’re going to meet some of these people pretending to be musicians on your path to your dreams. Nobody is perfect, especially not you or me. Let me given you a few tips on easing the road though.

1. Don’t be afraid to regularly change some members of the band. I’m not a fan of rotation, but MOST times it needs to be done. If you’re playing with someone who rarely shows up to practice, you know the one, always an excuse an hour before everyone gets there, just tell them it isn’t working out. If someone in your band is consistently a raging dick, they can and should be kicked out. You know how many people are out there that plays the drums? SO MANY PEOPLE. When changing people, It helps to get a recording of what you’re looking for and to write tabs (or chords) for the next person who comes into the group. It may seem time-consuming, but it’s not as slow as sounding out an instrument to the new musician trying to learn a part.

2. You’re not going to like everyone else’s ideas, and that’s ok. If you’re in a band, then you’re going to play a song that someone else wrote that you don’t like to play. We’ve all been there before, “you are my ocean, and you are my stars” what the hell is that Mikey? It’s a group though, and the sound of your band comes from that collaboration. Always be honest with your bandmates, but remember that if you are consistently shooting them down, they’ll be useless to you when you need help. Creativity is funny like that. You need to write some terrible songs to find the good ones.

3. Many hands make light work. I am a firm believer in the jack of all trades when it comes to the work behind the scenes. Sure you might usually drift to booking shows, but that doesn’t mean it’s YOUR job. The others should help! The “assigned band job” is another thing that will quickly burn you out. Someone will always get the tough job of making a ridiculous amount of phone calls every week, and the other guy gets packing the truck or driving. Both have time, but the amount of work is drastically uneven. This is hard to fight, you will want to just drop into a role. Fight it! Have everyone do a little of everything. If you have five people in the group and everyone does two things, you’ve got ten things done, no one broke a sweat, you’re all fresh and creative. You can’t be burnt out and create. You will burn out if you have to do ten things by yourself on top of whatever else you have to do in life. That’s a full-time job on top of your full-time job. If you’re a solo artist, you still need to find others who will help you with the work behind the scenes! I know from personal experience that there are so many music lovers or just friends who will be willing to help you on your journey. PAY THEM!! Give them more than they think you should! If you’re serious about playing music, then you will not get far without rewarding those who help you. By giving them so much, they will be even more driven to help you.

4. Your first band will not make it. Hell, the first few bands will not make it. Just think about the odds of it. You know why we love groups like “Kings of Leon” (maybe you don’t, that’s a shame) because they’re the exception. They just happen to all be related! But even for them, Caleb and Nathan were in a group before the other two joined. If you are going to do anything in life, you need to stop hoping you are the exception. Much like your first love, it’s a learning experience! You’re not meant to end up with your first song as a hit. The sweetness, the joy of life comes from the missed and mistaken. I get that I sound like an old man now. But I’ve watched it happen to me and let me tell you. It would have been the worst thing that could have ever happened to me to have gotten to the next level with my first group and our stupid songs! The point is, don’t put too much pressure on it and if it’s your first group, just have fun! Play lots of shows and learn as much as you can! 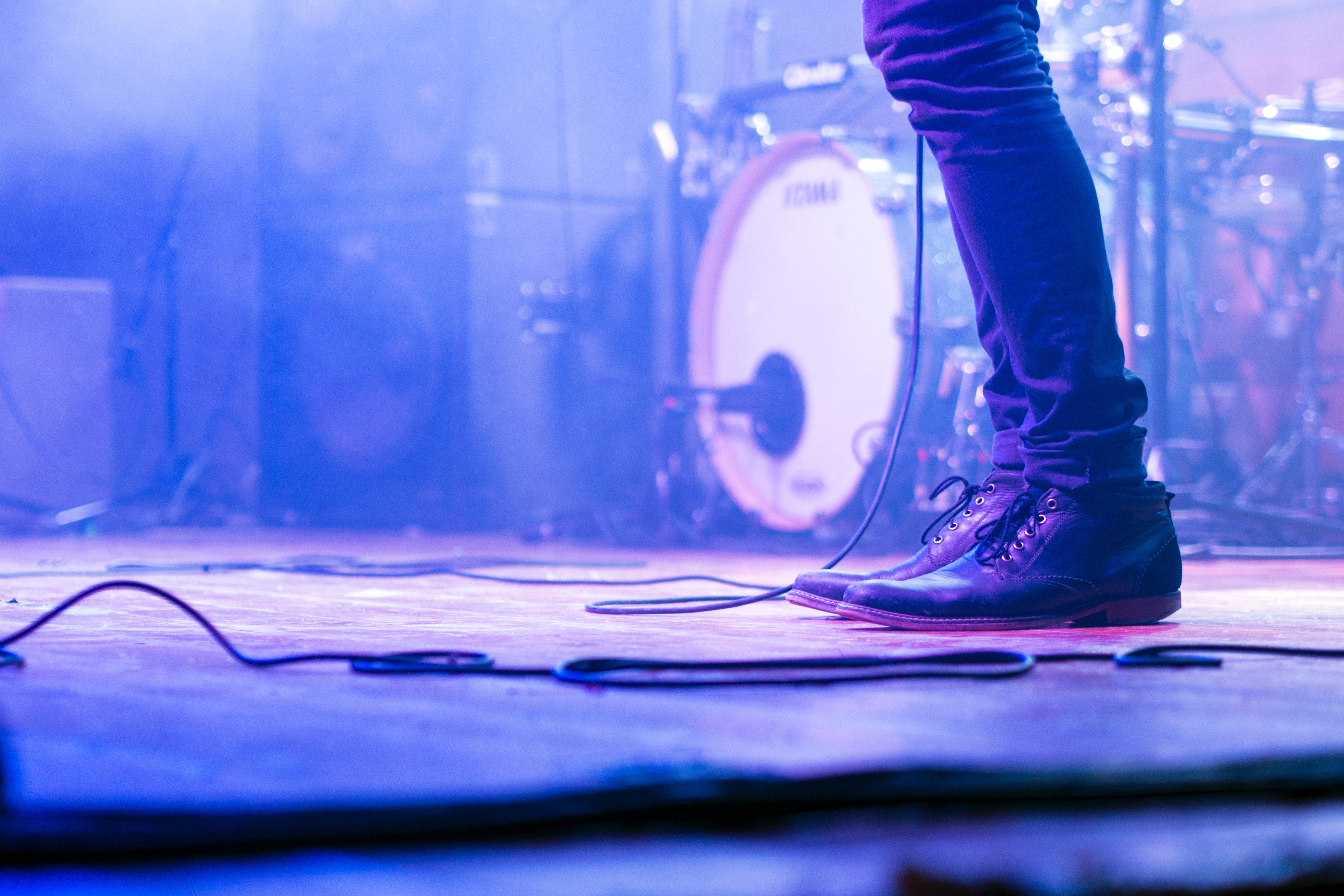 5. Consistently talk about your goals with others. Make sure you are all on the same page. You’d be surprised how often plans are when expressed aloud. If they don’t meet up, that’s ok! Something might be categorically necessary for one member and feel like a waste of time to another. You are creative people and should be able to figure a way to compromise. If someone is unwilling to compromise to even a tiny level. It is time to find a new group (seriously, there are so many out there). You know what you’re deal breakers are, stick to your guns! That being said, if someone what’s a photo shoot in all plaid, it’d not going to kill your music. Go through with it with the stipulation that the next photo shoot will be something anyone one with eyes would actually enjoy.

6. Stop playing with people that play a radically different genre than yours. I was once recruited to play in a grunge band. I like grunge, but I don’t love it. It would have been a terrible fit. Sure, I could have played a couple songs the way they wanted me to play them. But with time, I just revert back to my sissy rock (meaning soft dad rock) roots. The group will all hate me, and I’d hate myself. That’s not to say that even in the little I did play with them I didn’t learn something. You should play with others outside your group often! But for heaven’s sake don’t join them. Think of it as a community! The best music thrives that way. Look at Seattle back in the 90s or LA back in the 80s! Just because you play with someone doesn’t mean you’re stuck for life, or even anything passed that night.

7. Money. You have to spend money to make money. I heard this great talk given at the DIY convention from ——– Where the speaker talked about the 50/50 rule. Meaning that if you spend three thousand dollars on recording your songs, you should spend three thousand dollars on marketing. Maybe you don’t agree, (you’d be wrong) but that is a HUGE point for collaboration! It’s ok to disagree with getting sleeves versus a CD jewel case (my question is, who buys CDs anymore) but if you fundamentally disagree with any lack of spending or excessive spending. Quit.

The point is just to stop wasting your time by giving others YOUR time. I’m a firm believer that each of us knows when we’re doing something we shouldn’t be doing. Just because this guy plays the drums doesn’t mean he should be your drummer. Instead, take the time to cultivate a functional group of musicians or business partners who come close to sharing the same vision you have of your music and how it’s presented.

A special thanks and photo credit to Jay Wenning, Juan Di Nella, Tom Rogerson, Markus Spiske, Zachrie Friesen, Matthew Lejune and Eszter Biro. I am blown away by your talent! Thank you for letting me spruce up the page with your touch.