I wanted to take a step away from the killer music advice I’m giving (I wish I had that much pride) and I wanted to share with you a post I found from back in 2013. I’m happy to say I still believe this. It’s strange to think how much we change. I always answer to the same name though. I have a few more memories, a few more scars, seen and unseen. I’m happy to have all of them. I have come to learn that I am not the body I have, that gets hairy and sleepy, it gets a little more grey every day. I’m not the memories or the past that made me. I’m the values and beliefs I hold and share. In some shape or way, that makes me immortal I guess. I will live on through the love and hope and strength that I share. Long after my body is covered by dirt and the few streams of music dissipate into white noise. There’s a certain sweetness to the pain that love causes now.

August 4, 2013, at 3:01 PM
This post has no one specific in mind, maybe just myself. Is it conceded to write a note for yourself? If I expected someone else to read it, yes. I haven’t slept in 48 hours, in that time I’ve thought about a lot.
I’ve come to the conclusion that no matter what I say, or how I say it, it will never mean as much to you, as it does to me. I’m not upset, most of the time when you hear me speak, they are just that, words. They mean absolutely nothing, their property holds no value. No matter how many times I say the word “Love” it doesn’t mean anything to you till you feel it for yourself. I’ve said the word “hope” over a million times. But I’ve never really understood its meaning until I stood out in the rain, praying for it to end. “Hope”… once you’ve got it, you’re hooked. Still, I throw the word around, not truly understand its gravity. We can have it in its purest, complex form, or we can hope the Cubs will win the world series (I’ve come to the conclusion that this hope will never be satisfied).

I would tell you all the words in my heart, the ones that make my face red. The ones that never are spoken, not because I don’t feel them, but because they are sacred to me. I don’t want to use those words because they mean something to me. Words like “hope” and “love” have decreased their value. They still hold true, but we scan over them now. How much lay inside these words? How many sleepless nights were spent, concocting phrases, playing out scenarios? I don’t see them, but they’re there. The blinding happiness, burning soul, relentless hope. Nothing to say of the sleepless stress, self-scrutinization the crushing wave of reality. The paralyzing passion and softening look. Ecstasy without any prescription. All this and more held by a single word. What’s more, that it changes for its host. Heaven sent, to keep you crazy.
How could I have been capable of feeling such a thing? What have I done to deserve this, this feeling of being alive for the first time? This awakening from a dream, or rather a nightmare, one which held me captive for so long. What happened to sunsets and music? How did my sense of touch become so heightened that I become worthy to touch something so beautiful? How has hope become greater than the sound of the word that it confines itself to? A Hollywood sentiment, come to life. Never has hope been such a standard to our lives.
Still, my mind grounds me. Hope is always wrong. It leads me out to drown, it changed my very nature, it broke me. How could I trust it again? No hope could save me from my reality. That is where courage took precedence. A rarefied ambition, a hopeless quest. Our lives are lifted by our dreams, destroyed by what’s real. But if I refuse to give existence its ground… If I defied my own undoing. If I became hope’s exception. Could I assume such a lofty goal?
No. 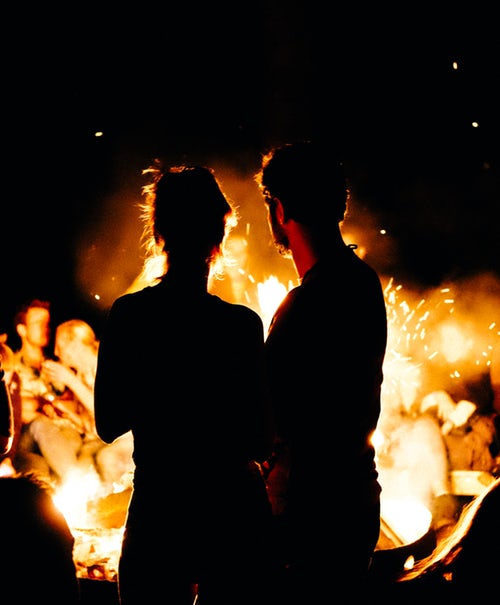 But I can and will try. Why? Because I’m an idiot.
Intrepid perseverance. That will be what killed my soul. Not hope.
I want you, the reader (if I could be bold enough to assume you’re still reading this) to succeed. Every success you make is a standard to our kind. I want to take my name off of this. I want to get everything I hope for. I want you to see that, without my face or name on it, and be inspired. Put God’s name on it… Put your own name on it. Inspire yourself! Don’t believe the impossible, for it does not exist.
Maybe that’s stupid to believe… I’m okay with being stupid.
Don’t underestimate the power of words. The ones we’ve yet to say, perhaps what we were meant to say. No matter how often you say it, or hear it. It only takes one time, and your world can change. All because of one word.